Board of Directors | António Saraiva

António Saraiva has been the President of CIP – the Portuguese Business Confederation, since 2010. CIP is the largest and most impactful business association in Portugal.

António Saraiva has become one of the most influential figures in the Portuguese business world and has dedicated over 40 years of his life to promoting associative goals.

Today he is deemed an expert in corporate diplomacy and association activism and is a highly sought-after speaker and business commentator. He is a veritable self-made man, having begun his professional life as a factory worker at Lisnave Shipyard and later went on to become Sales Manager at Metalúrgica Luso-Alemã and then Chairman of Metalúrgica Luso-Italiana, SA.

He is also Chairman of Taguspark, the largest Portuguese Science and Technology Park.

He is also a member of the Strategic Council of SOFID – the Society of Financing and Development, IFIC SA, Member of the ATEC Advisory Board, and is the current President of the Observatory for the Maritime Economy.

António Saraiva also received the Order of the Prince from the Portuguese Republic for outstanding services and most recently distinguished with the Honors Causa PhD (Universidade Lusófona, Lisboa). 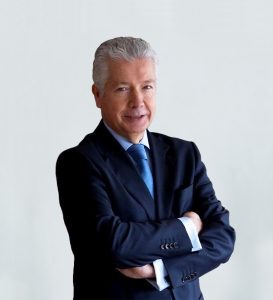