Board of Directors | Jorge Alves Correia

He was winner of the Manuel de Andrade Prize, given by Fundação Rangel de Sampaio, to the highest average final grade of the 2006 school year in Faculty of Law of the University of Coimbra. Has been teaching, since 2008, at the Faculty of Law of Coimbra, in multiple subjects of Public Law. Since 2008, he has also been teaching in advanced postgraduate courses at Coimbra, Lisbon and Catolica Law Schools. He’s member of Centro de Estudos de Direito do Ordenamento do Urbanismo e do Ambiente (FDUC) and a permanent contributor to Revista Direito do Estado (Public Law Institute, Salvador da Bahia, Brazil).

He is a non-executive director of Grupo BEL, focusing on corporate social responsibility, real estate and sustainability, in addition to areas related to his legal background. 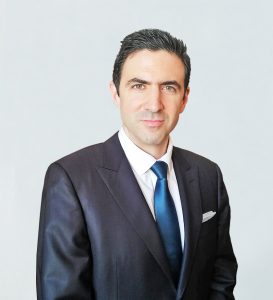