Board of Directors | Rui Moura

Having graduated in Systems Engineering, with post-graduate degrees in Operational Research and Systems Engineering at Instituto Superior Técnico – University of Lisbon and master’s in military sciences, Rui qualified for the Top Senior Police Officers – TOPSPOC course from CEPOL (EU), the Promotion Course to General Officer of the Institute for Higher Military Studies and the General Staff of the Institute for Higher Military Studies, in addition to the basic and advanced Infantry Officer, Rangers and Parachuting courses of the United States Army , among others.

Major-General (Retired), after 40 years of military career, Rui served in the Portuguese Army, in the National Republican Guard and in NATO. Among others, he has been Operational Commander of Nacional Guard, Human Resources Director of the Army, Commander of Doctrine and Formation of GNR, Chief of Staff of the Mechanized Brigade, Chief of the Personnel and Instruction Division of the Army’s General Staff and Head of the Joint Operations Division of the Supreme Headquarters of the Allied Forces in Europe (SHAPE / NATO, Mons-Belgium).

He has also taught at the Institute for Higher Military Studies, Institute for Higher Military Studies, Military University Institute, NATO School and CEPOL (European Union Agency for Law Enforcement Training); and has collaborated as a guest speaker in the Masters Program at the Faculty of Law of Universidade Nova de Lisboa and the Higher Institute of Labor and Business Sciences. He was also a consultant at INTERPOL and a member of the Worldwide Public Safety and Justice Advisory Council.

He’s a speaker at Congresses and Seminars, having published books, book chapters and multiple articles and communications in military and academic publications.

He also participated in military missions in Angola, Mozambique, Albania, the former Yugoslav Republic of Macedonia, Bosnia and Herzegovina, Kosovo and Pakistan.

After his retirement, in 2017, he began his collaboration in advising Grupo BEL in the field of security and was, for 3 years, Senior Strategic Advisor of Tekever Group and Operation Director of an international consortium. 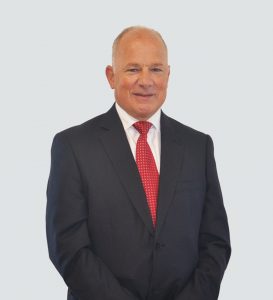