Marco Galinha, was the 7th son, born in 1977 in Rio Maior, Portugal. He spent his childhood and teenager days in the village of Benedita, municipality of Alcobaça.

In 1995, Marco started his university studies in the Technical University of Lisbon, majoring in Computer Engineering. Subsequently, he decided at an early age to enter the labour market – launching his own first company at the age of 20.

In 2007, Marco decided to attend and specialise in Marketing/Management at the Harvard Business School.

In 2011, Marco Galinha was distinguished as Young Entrepreneur of the Year by the newspaper “Região de Leiria” and, in 2014 and 2016, named “Portuguese Citizen of Value” by Lusopress, a media group, which honors Portuguese nationals and/or descendants who have excelled internationally. In 2015, he was awarded the AFCEA Medal from the Association for Communication, Electronics, Information and Information Systems for Professionals – “for Outstanding Services”.

In 2019, through Grupo BEL, acquires the company Metalúrgica Luso-Italiana S.A., dedicated to industry sector and holder of Zenite brand, and consolidates his position in the distribution with the acquisition of Augusto Duarte Reis, S.A..In 2021, following the acquisition of Global Noticias – Media Group S.A., became Chairman of the Board of Directors.

Marco Galinha held the position of Counselor at CES – Social Economic Council (2016-2019) and Vice-President of ANJE – National Association of Young Entrepreneurs (2016-2019) and has been a member, since 2016, of CIP – Confederation of Portuguese Business, currently as Vice President of the General Council. In 2016 he participated in SIC’s program, Shark Tank, as one of the ‘sharks’.

Currently, holds the position of CEO and Chairman of the Board of Directors of Grupo BEL S.A., which he founded in 2001. 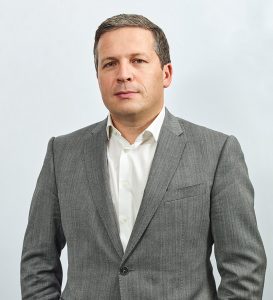 Founder, CEO and Chairman of the Board of Directors